After a year’s absence, UK’s most prestigious and longest-running international cycle race; Tour of Britain took place between Sunday 5 and 12 September 2021; from Penzance to Aberdeen

The stage two start at Sherford on Monday 6th September saw thousands of visitors flock to the new town, but for the residents the Tour had been a part of the community for longer due to months of planning.  Culminating in family fun day at which families celebrated together, with activities including cycle races, inflatables, cream teas and land art.

Year 8 student, Bella volunteered her time over the summer holidays to help create a huge 50m x 30m race bike using recycled bike wheels, hula hoops and reusable materials to be visible from the sky, which involved visits to Plymouth Scrap store and collecting old wheels and hoops from various Plymouth locations.  They were decorated in brightly coloured ribbons, which she spent her summer holiday creating.  Due to the size of the art, she needed 64 hoops/wheels: she showed great commitment, getting them all decorated and roping in some local friends to help.  Residents lined the wheels of the 2D structure, walking around the perimeter to give the illusion of a giant moving bike.  Bella was helped sourcing the necessary supplies and making sure they were finished to a high standard.   During the family fun day she helped as an event steward supervising younger children racing; she was given the job of holding the finishing line and making sure the winners were identified correctly and presenting certificates to the participants at the end of the event.

In addition her brother’s primary school was asked to support the start of the race with a lead-out parade; over the summer holidays they held a competition to design the jersey for the pupils to wear.  Bella took time to assist her brother, who is 5 yrs old in getting his design submitted.   They worked together, engaging in discussion around what colours they liked and what was important to them in Sherford – The colours chosen were a link to the red, white and blue of the tour and green to symbolise the green spaces they enjoy spending time in. 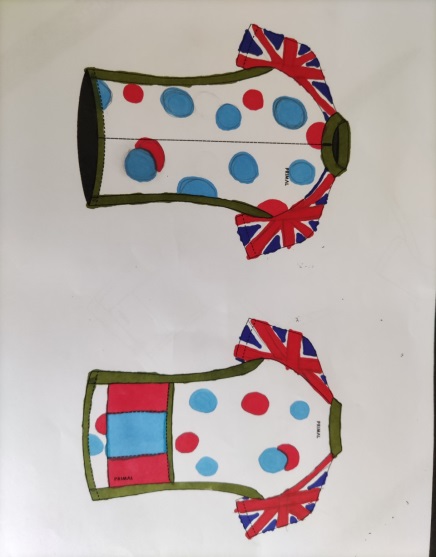 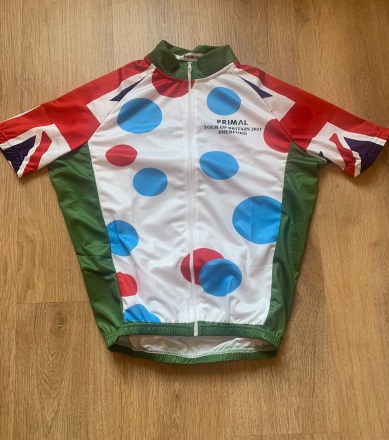 For creating the winning design Fred was invited to support the lead out parade, this meant he needed to cycle approx. ½ mile, along Hercules road in front of all the spectators followed by the official race riders.  Bella was adamant from the start that he should be part of the parade and didn’t want him to miss out on the opportunity, even though he could not ride a bike without stabilisers.  As a result we spent family time practising and finally had success the day before the parade! However Bella was nervous with lots of people watching and concerned as to whether he  could manage the distance, so she volunteered to join the parade and cycle with him to support.

She has been such a positive mentor for her younger brother and we are all incredibly proud of the commitment, compassion and enthusiasm she demonstrated. 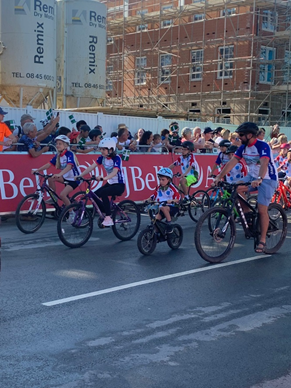 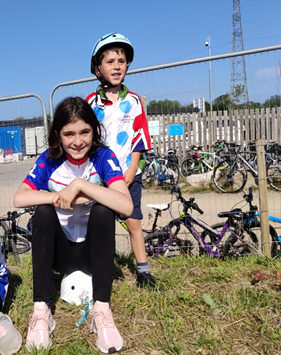